I first came across a transformational coaching methodology around 2007 when I saw the Channel 4 programme  Ballet Hoo where marginalised young people from the West Midlands worked with a charity called Youth at Risk and performed with the Birmingham Royal Ballet. I had been teaching a while and just moved into a school leadership role. I remember thinking, “This is extraordinary….if coaching can get difficult kids to do ballet surely it can get kids to like school!”  With the help of the Deputy Head I set out to find out more about Youth at Risk and coaching in general. Within a couple of months we had researched coaching in schools, grateful this was a time where coaching was promoted as a school improvement tool by the National College and (admittedly against some resistance) got the necessary permissions to run a coaching scheme from the Head and Governors.

OBSTACLES – Some obstacles to the coaching programme included – the cost; getting kids to accept help and engage with the scheme; removing the stigma attached to any intervention when the kids feel they are labelled as ‘special’; getting time out of the curriculum to train staff and kids; recruiting busy staff to give up the time to be coaches; making time for staff to follow up and meet with kids…but we overcame these obstacles and a coaching scheme was established.

IMPACT – Just like any mainstream comprehensive we had a small minority of difficult kids, with just a few who were totally disengaged, and the old-fashioned approach to discipline just wasn’t working. The Coaching Programme ran for 6 years and the coaching work done by teachers, turned these kids around year after year. Coaching gave us the focus, language and the structure to help the students to have real conversations about themselves, their lives and their ambitions for school. For the kids who were coached, behaviour was transformed and grades improved. Out of each year’s programme I saw the ‘no hopers’ who went on to university; the cheekiest, rudest, most disaffected girl who one day turned to me and said “Sir, I get it” and went on to get a full set of GCSEs; the kids in the last chance saloon, on the brink of permanent exclusion, who successfully completed year 11; the kids who got college and sixth form places against the odds; and the kids who just needed a boost and felt better about themselves and school.

For those six years the programme ran with Year 10 and 11: overall, around 150 kids were supported by the programme and  teachers, support staff, parents and governors were trained and became coaches; an extension of the scheme saw Sixth Formers trained as mentors to work with Year 8s.

CASE STUDIES – There were so many jaw dropping moments with staff too. I saw staff transform their thinking about what young people were capable of as well as bring a greater willingness to engage with and challenge the behaviour of ‘difficult’ kids and try to find solutions.  I saw a colleague who was coming up for retirement and had always had a very traditional approach towards the kids, volunteer and work as a coach for three years. Her passion for equality, fairness and social justice bloomed and instead of retiring she went to work in Alternative Provision. I also saw a Teaching Assistant move beyond her uniform and attendance ‘enforcer’ role and take on a far more successful coaching approach which helped secure her a promotion. She told me, “It has changed the way I do kids”. Several staff who were coaches were promoted to senior roles, referring to their work as coaches as enabling them to gain a skill set that helped them make a difference with staff and kids and get the job. At least two members of staff have taken the coaching model to other schools and successfully introduced their own version.

COACHING METHOD – Coaching supplied by Youth at Risk was a totally different approach, a different language to turning around challenging behaviour – a coaching approach that was solution focused, positive, with an emphasis on goals. The impact of a coaching approach extended into the wider school – it changed the way the school operated because it created a coaching culture for the whole staff body, in our teaching practice, in leadership and management practice and in the way we related to each other as colleagues. And there was a direct link to improved staff and school performance.

COACHING NEVER ENDS…..Furthermore, coaching has become the foundation of what I do when I work with staff and kids – my ethos, my values and the strategies I use. I delivered my first coaching training to staff in 2012 and my first coaching programme to kids in 2016. Now I deliver my own Only One You coaching programme where I build relationships, talk about potential, responsibility and resilience; about belief; about having a second chance; and being able to put mistakes right.

Coaching has taught me to see the unlimited potential in every young person – even those in the most dire circumstances. It has taught me to have faith in them, and be a champion for them, even if everything (and everyone!) else tells you they are going nowhere. I’ve taken it to all the other schools I’ve worked in and I know colleagues who have done the same. I use it in my training work with universities and teaching schools, in my work with permanently excluded pupils, and in my work as a leadership coach.

A coaching approach works with the MOST disaffected kids. It engages AND challenges. It is uncompromising AND compassionate. And it gets results. 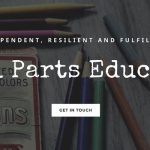 Getting Connected after Isolation–3 words to reconnect kids to the joy of schoolUncategorized
Reconnecting with school – Putting the Recovery Curriculum into practice.Uncategorized